I've always liked terrorists. They have a sort of exotic, edgy appeal - much more than occupations such as barista, or even vending machine maintenance engineer. I don't have much experience of terrorists, but I once met an ex-Tonton Macoute colonel (pictured below) - and I kinda liked him. When I asked him what it was like to be the leader of an actual no-nonsense death squad, he claimed he only targeted people who were complete scum, and totally deserved it - which seemed reasonable to me.

So I present below my top 10 list of favourite terrorist groups. Obviously this is a personal selection, I don't claim to be much of an expert. I made my choices based on gut instincts, rather than any systematic method of comparison. Additionally, I use my own definition of who falls into the category "terrorist" ...if you don't agree with it, fuck off and make your own.

But basically in order of coolness - because being a terrorist is waaaaay cool!

Truly inspirational name, which sounds even better in Spanish - "Sendero Luminoso". Extra points for being strictly Maoist, and also because the leader, Abimael Guzman, had a great nom de guerre - Presidente Gonzalo. There aren't enough noms de guerre any more - so mucho respecto to comrade "El Presidente", and all those empanada-chomping, idealogically pure, Senderistas!

Yeah - what an excellent name for a terrorist organisation - just saying those words chills my blood by four or five degrees. And I've always liked BS, because they were my introduction to the cool and violent world of terrorism - I was nine-and-a-half when the Munich Olympics took place, and I was tuning in to watch tedious rubbish like Valery Borzov winning the 100m. But Black September added a whole new dimension of excitement to the event - way to go!

German names often sound really sinister - and double-barreled ones are double the threat-level! Extra kudos because one of the founders was female (women are sadly under-represented in the world of terrorism). Only terrorist  group ever to have bombed a yacht club - I sure wish there were more!

Respect for (1) the completely tortured acronymic name and (2) being from Western Sahara - a place that doesn't get enough attention, in my opinion. Imagine what it must be like - riding up and down huge sand-dunes, in a Toyota pickup, with an array of automatic weaponry, and a fanatical ideology - fantastic!

OK - so they were state actors, and some may think that disqualifies 'em. But the Macoutes had terrorist chic in spades, and really knew how to organise a good paramilitary reign of terror. Add the overtones of voodoo, reputation for gruesome torture, and being continually drunk on good ol' Caribbean rum - it's a great combination! Extra points for having Papa Doc as their boss. 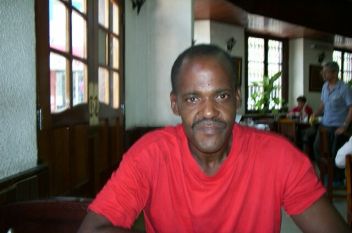 Those crazy East Africans! You've just got to admire an organisation that drugs children and forces them to commit atrocities - but doing so as a result of fanatical Christian devotion is truly radical! Having a deranged personality-cult leader like Joseph Kony, only adds to the impressive credentials of the LRA. PTLH!

There's aren't many terrorists who fuse the concepts of symbiosis and armed struggle - but the SLA managed just that - and also taught the world about Stockholm syndrome, when they kidnapped Patty Hearst.  The world needs more terrorists with a radical etymological agenda.

8. Al-Qa`ida in the Islamic Maghreb

Any terrorist gang that has a name including the word "maghreb" has just got to be a winner. Also having apostophes in the middle of words is really neat - so let's also have a special mention for Hizb'allah and Tehrik Nefaz-e Shari'at Muhammadi!. Additional kudos because AQIM are active in Mali, and let's face it - everyone secretly wishes they could go to Timbuktu!

The second Peruvian communist guerilla movement to make it onto this list - that country really punches above its terrorist weight! Plus - having the same name as a superstar rapper, and a Michigan politician, just increases the comedy and confusion quotients. I'm tempted to start a terrorist group and call it, say, Alex Ferguson!

...because you know - just by the sound of that name - that they were pure. fucking. evil. Christened by Stalin himself, the real version was even worse that the fictional one, even though the fictional one was so villainous, it was Bond-villain level of villainy. Those really were the good old days of terrorism  -  and the demise of the Eastern Bloc was a sad episode for state terror. 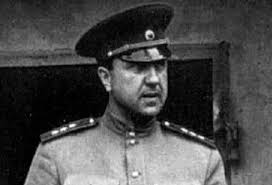 However, a new generation of state-sponsored terrorism is now replacing old-school Stalinists, and it's just as vile and ugly but a lot less stylish.